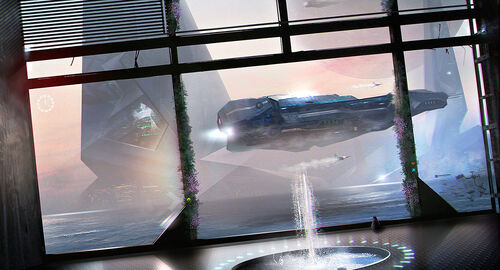 Agoadan means something like Distant Light in the language Mogra.

Areas of Agoadan were once discovered thanks to brave xenauts, who used the original mycoid strings to travel to unexplored frontiers. Sadly, only few of them were lucky enough to survive the return trip and share their newly acquired knowledge.

All the mycoid strings lead to Agoadan, so it was determined fairly quickly that mycoid swarms crossed this regions several thousand Tu ago. Agoadan is a direct route to the center of the galaxy, which is only sparsely explored as of now.

Cosmopolitan Worlds are located close to the borders of Agoadan and have some industrial colonies within its borders. The vast majority of the area is unused as of now, though.