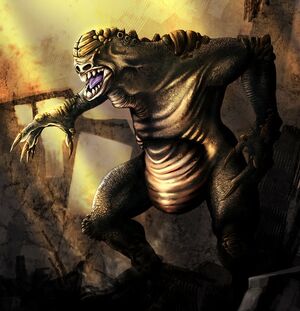 The entertaining sub-series called Troubles of the mud-man Bazzag is one of the longest running shows on Coraab. Despite being formerly intended for adults, the rough satire and its protagonist became a beloved character especially for miner youngsters. The expression to mud like Bazzag become an evergreen for many talish generations. Bazzag himseld is in the show depicted as an always furious ethanolic, who is inept in everything. Most of the stories revolve around his inability to find a woman willing to mud trough life together with him. As he gradually falls into deep frustration, he keeps eating his friends, which the story writers seems to have aplenty. The show usually culminates with Bazzag's retreat from the civilization back to the swamps, where he catches second breath and schemes plans for the next episode. There was more than 4500 episodes following this pattern so far.

Even in present times Bazzag is played by real actors - eight of them exchanged in the mud-man's skin so far. The most famous of them was without any doubt the comedian Grom-Paj, who enriched Bazzag's behaviour by characteristic bruxism. The show became a cult and thus it is no wonder that the honorarium for a single episode increased fiftyfold during the course of time. This is definitely one of the reason, why Bazzag's troubles may finally end one day.

Bazzag is depicted on hundreds of merchandise items. The show is very popular even on Traxol, the character - among other things - appeared in InCorps recruitment vi-log and in a frutococktail advertisement from Gamma-Botch. The famous director Tach Djuk even though once about shooting a xenoporn with Bazzag in the main role named The goody mud-man and his spinning crop. He was never able to get enough money for the corresponding licence, though.