The character raises its current parameters by the given percentage.

• Boost can be both positive and negative (the so-called Deboost).

• Boost for the parameter Vitality is also a percentage change, not a change in percentage points. 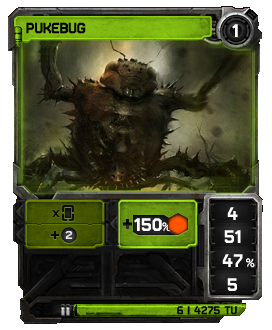 Gallery of cards with ME Boost (positive or negative)

Gallery of cards with OPP Boost (positive or negative)