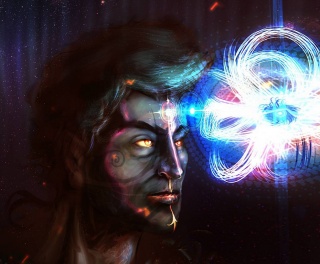 Bor Khal is a direct subordinate and right hand of centropolitan Governor Zula. It is Bor who, if the cohazaan is too busy with the homeland affairs, represents him on foreign visits of allied worlds. Khal's career begun in the Great Byro - alike Zula, he worked in several official positions that eventually led him to the enlightened top. As a Byrokrath, he's responsible for urban assimilation of Unliving tribes - he mostly junges the disputes between Tals and the native population. In 4260, he was approached by the city governate as an effective official. It is a secret to everybody that Bor Khal will be most likely Governor Zula's succesor in the highest office of C'Ora. There is no doubt that Bor is also one of the Hermes' minions.

Bor Khal is a direct successor of the famous Tal line stretching across thousands of Tu to Tal Bor-Khakee himself. He is anxiously hiding his noble origins, though, as today it would be more of a drawback than an advantage. Every year, however, he undergoes a ritual pilgrimage to ruins of D-Tal colony, to bow before his ancestors that build it in the ancient times.

Bor Khal is sometimes reffered to as the Young Tal (paraphrasing the typical nickname used for the Old Tal Governor Zula). Most of the Unlivning hate the governor's minion - radicals from Gu-Rang movement even plot to murder him before the supreme office passes on him after Zula's death. To be honest, even some Armos from InCorps despise the Tal bootlicker.