C'Ora is the only centropolis of the planet Coraab. It's also by far the largest settlement in the underdeveloped center of Coraabia. 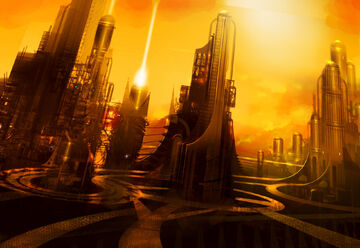 With its 335,000,000 inhabitants, C'Ora belongs among the most largest densely populated settlementes in the known multiverse. It is a highly cosmopolitan polity harboring hundreds of races and nations that developed on Coraab or simply arrived from some of the other worlds. C'Ora is the seat of the Coraabian planetary government and many other important institutions like the army or various economic, scientific, and cultural bodies.

The city was founded 3000 Tu ago in the central area of the planet. Until this point, most of the Coraabian population was centred in the Tal colonies and the Unliving city-state Min'Ora. A irreconcilable strife soon raged among the Miners in colonies - some of them fly away and the rest is left to deal with the Unliving, whose hate for Miners who enslaved them to force labor grew for centuries. To prevent a devastating war, the Miners to guarantee rights of the Unliving. Then in 1261 Tu, an event known as the Bognor meeting confirmed the plan to build a brand new planetary megapolis where all Coraabians would live in equality.

The equatorial regions in the vicinity of the Little Taga mountain range were deemed as an ideal spot because of the considerable distance from the Tal colonies. It is a tectonically stable area shielded from the powerful metalstorms originating in the Rusty Dunes that ring the rest of the equator. Another advantage was the nearby Lake Yakh-Pagae (Deep Waters), one of the few sources of liquids on Coraab.

In the beginning, C'Ora was projected to form a circular shape (a circle symbolizes supreme purity and knowledge in local culture) that would be composed of spirally nested districts named simply Coraai (Ring, later also Sector). There was initially twelve of them. As the centropolis gradually sprawled, its symmetric shape was spontaneously changing. Today, C'Ora has almost 27 finished Sectors.

Sektor headquarters of the Planetary Kops in Sector 8. The building directly neighbours one of the Blue Houses.
(Coraabia Artist: Joshua Kratochvil)

First centuries of C'Ora's construction were full of positive hope and joy from the newly acquired freedom and equality. The Unliving finally reached a respectable status and Miners could finally relax after centuries spent in the monotone and exhausting life in the colonies.

In 2274 Tu, the first Coraabiad was organized in C'Ora. Since then, it has been taking place with corabit accuracy at the end of each Gul (Sexennial of Excavation). What started as a small event for a handful of Unliving traditionalists eventually grew into gargantuan proportions.

Centuries later, a derobotization wave swept across the centropolis, leaving behind serious repercussions. The newly founded anti-technology movement Wat Wonght! (Forever Ourselves!) split the society. It took decades before the situation returned to normal. 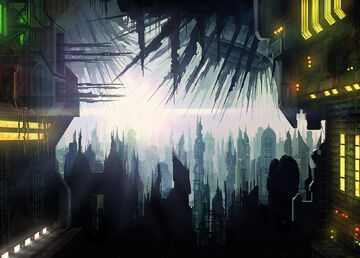 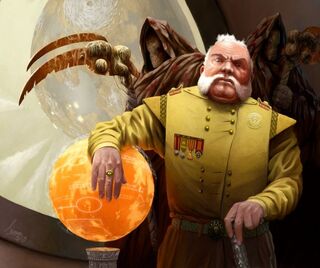 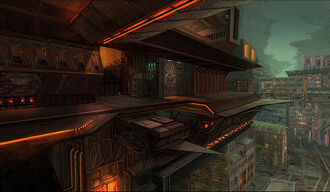 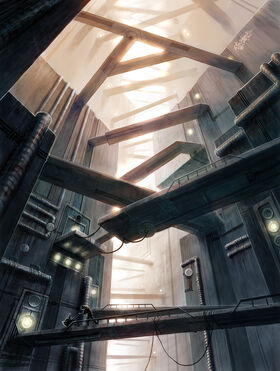 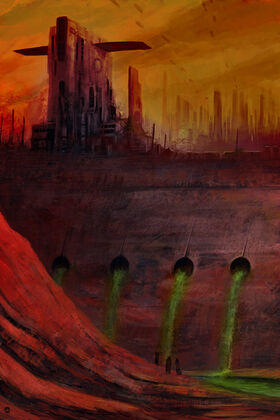