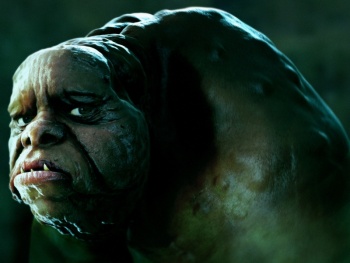 When you get stuck in Coraabian traffic jam and you hear screeching voice offering smoked lizards from Orbotosh you better pull up your window and try to look inconspicuously. It was this infamous delicacy that gave the xennomerchants their nickname. Price of these lizards is so low on the black market that you can literally exchange them for dirt or polyetylen regranulate at 1:1 weight ratio. It usually is rotten merchandise imported from Orbotosh - that is why merchants have to smoke and spice it so much, to fool the unsuspecting customers. Dozens of travelers die every year by orbotosh specialities poisoning, even though selling food by the highways is strictly forbidden by the government.

Many years ago the Coraabian news told a story about orboto named Chugomak that sold soup on polygon 91 and 116 crossing, that was made of boiled tires. Chugomak was supposedy never captured and the dozens of poisoned victims remind authorities to this day of their exemplary failure.

Mortality of these nomadic food-sellers is one of the highest among Coraab's professions. Gravers got used to ignoring their presence on the highway polygons as there exists no legal precedens of anyone being charged for running over an orboto.