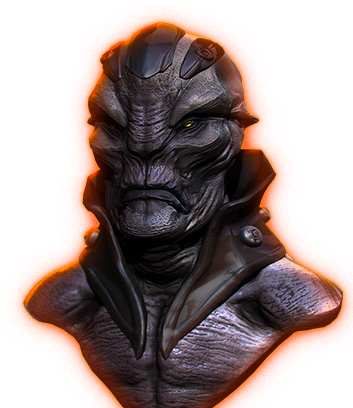 Bols Tadunh: I am Bols Tadunh, former chief armo of I.C.A. troops. I was not surprised by a presence of a rookie in this championship. I was, however, suprised by the wrong and ineffective tactics this rookie used up to this point. This rookie is now firmly held in my grasp. The rookie will finally taste the privilege of facing the veteran of InCorps and his squad of perfectly coordinated warriors. Prepare for battle!

Bols Tadunh: My ancestors must be rolling with shame in the womb of Mother of Methane Seas herself! I failed. The promotion spot in the championship of Sokurr is yours. But be careful. I would like to cut your head off sometime in the future.