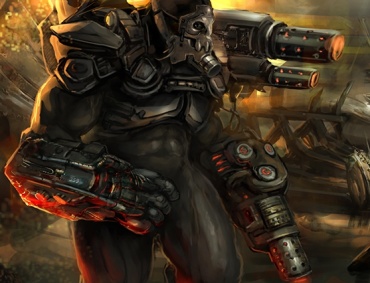 In 4233 Tu, Yttoran warlord Abak Sorrel was sentenced to death by a revolutionary martial court for organizing a Krunarian genocide. His loyal Kobases quickly organized a rescue mission and Sorrel managed to escape from Yttor. His next steps led him to many petty wars in the region Ul-Che. His proficiency in the art commanding massive military operation soon made him the most desired mercenary warlord in the area, but Sorrel eventually realized that mere profit was not the thing he desired. That was why in 4241 Tu, he took up the offer of a rich Cosmopolitan oligarch to conquer the secret training facility caste Sol built on Ymef. While he was assured a fat Xot reward for eliminating everyone in the complex, Sorrel reached the conclusion that joining Sols would give him what he wanted the most - power. That was why he proposed Sols a daring exchange - the complex for membership in the caste.

As Sol Sor, he soon returned to Yttor to restore his previous influence. He cemented his position for good the moment he provoked an uprising against the planetary government by staging several brutal attacks against civilians. Yttor was soon smothered by neverending violence and suffering from which Sor emerged as a triumphant victor. In a single bloody decade, Sor became one of the most powerful Sols of his time.

Even Sol Sor has to cover his back, however, as he has a dangerous enemy inside the caste. Sol Gara uses her influence to harm Sor's interests. Only personal engagement of solmaster Eru prevents this rivarly from bursting into an open conflict. Sor is planning to silence his opponent but wants to wash hands clean. The talented murderer Sol Trixa has already chosen her reward and only awaits the order to strike.