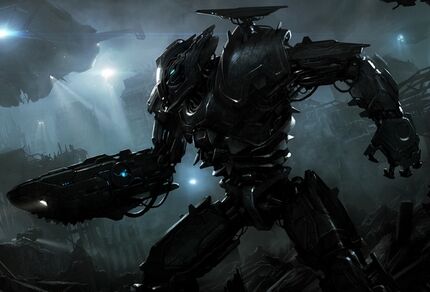 Sonar - an odd freak of nature. How can a humanoid creature invoke an earthquake? The theory of energenetic errors is still hotly disputed today.
(Coraabia Artist: Andrée Wallin)

It was a happy event when a son was born to a couple of young Ekhro immigrants. However, it became obvious very soon that the baby was deaf-mute and paralyzed from the waist down. The boy was diagnosed with Lonk syndrome and had to undergo a series of tests. Several witnesses swore they felt weak vibrations and heard quiet ringing in the ears in his presence. The first sonic bang came shortly afterwards. When a limp body was rescued from the ruins of children's hospital, media reported about a miraculous survival of the disabled boy. Experts concluded that a rare seismic phenomenon occured under the hospital. Everybody believed this theory. Everybody but Ahoud Snorgal, who later proved the boy himself was responsible for the tremor when he found an energenetic error in him. Ahoud took care of Sonar and became his adoptive father.

When old Snorgal passed away, the boy had already gone through years of training full of meditations and self-calming techniques, which were supposed to surpress his uncontrolled outbursts of energy. Nevertheless, the foster-father's death was too hard to cope with and yet another devastating quake followed soon. Sonar accidentally destroyed a large part of Ahoud's scientific institute. Many creatures met their death in the ruins. That was when Liga came for Sonar.

Scientists led by Qukkk built a mecha-body for Sonar which allowed him to walk and to point the destructive outbursts of energy into a single intended direction. Keeping the previous catastrophes in mind, Sonar puts maximum effort into fighting criminals in order to repay his debt to society. His personal life is in shambles though, as he is a heavy ethanolic and psychotic loser.