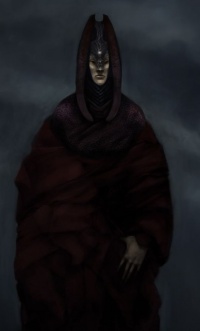 Establishment of Sub-Rob office was a direct result of signing of the Pegalla charter in 401 Tu, that led to gradual merging of the great Agan metropoles into one. Sub-Robs (nickname subrobysh became widely used only many centuries later) were one of the first public officials with wide competences over all the growing megapolis. This office merges several proffesions into one - subrobysh is the guardian of public order as well as an executive officer, field judge or arbiter in equity or ethical disputes. Aquiring the title is not an easy task. Physical fitness is irrelevant at the entrance exams, everything depends on formal education, analytical thinking and ability to navigate the complex issues of Agan's judical system.

Subrobysh has, if necessary, authorization to coordinate ground and air forces with the rank of meso and ren. Subrobyshes themselves aren't armed, they rely on the authority of their office. Attacking them may result in harsher punishment for the offender in a form of many years of imprisonment or permanent exile from the Cosmopolitan worlds.

There are currently arount 4,200,000 subrobyshes on Agan, nearly fifty times the original numbers from time the Sub-Rob was founded. Many a cosmopolitan point to the fact that the current government is way too robust. The government argues that one subrobysh does the work of up to four officers, but plans to reduce their numbers dramaticaly in the near century nevertheless.