The player sends the first valid character from top of the deck to the duel.

• Summon does not change the compared parameter.

• If there is no valid target in the deck, the effect of Summon is prevented and the duel continues without any changes.

• The summoned character can use its activated abilities as though as if the duel just started.

Example: -1 Score: Summon Xenno (Player loses 1 Score and summons a character of the faction Xenno to the duel) 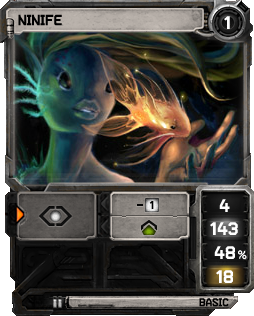 Gallery of cards with ME Summon

Gallery of cards with OPP Summon