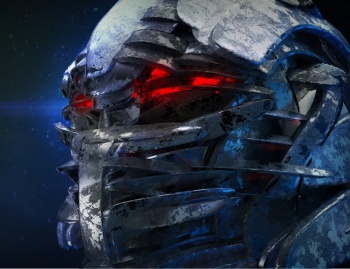 The future liganor began his career in a very nontraditional way - as a coroner. As a member of the ekhro minority, he actually did not really have much to choose from. The Ekhros are usually considered by the majority population as unreliable, hot-tempered and lazy. The purposeful Trokafixx decided to fight this prejudice. He set for himself a very strict regime, consisting of early waking-up with a minimum of sleep and a lot of hard work. The change in his life happened in a moment, when he noticed some suspicious details of several miners, who died in a recent mining accident, while he was preparing their corpses for a funeral. The evidence led to a mining conglomerate Sab'Tam, which cloned its miners with one purpose - to enslave them until their deaths. The uncovering of this crime brought Trokafixx a lot of fame a secured him a place in the Liga.

Trokafixx was never very much liked in the Liga - be it his origins, or his devotion to discipline, which forced him to put the same merit on his subordinates as he was using for himself. Most of his enemies were among the criminals, of course. He survived eight assassination attempts during his life and survived all of them almost unharmed. The "Titan liganor" even survived an explosion of a prepared termo-bomb trap, as well as an attack of an Indigo-bot.

Trokafixx kept improving his body not only by training, but also with the help of a robust exoskeleton, in which he attended even negotiations with the Agan government. There was a legend going around the Worlds saying that Trokafixx will never leave the Ligu. The Titan liganor however unexpectedly died only eleven Tu after his introduction into the office. The called doctors found out, that his exoskeleton was covering an exhausted and by irrational drill completely devastated body.