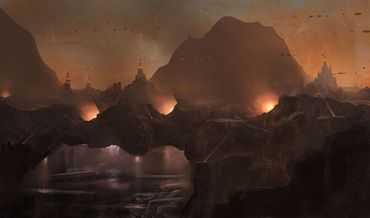 Ul City is the centropolis of totalitarian world Ulgor. It is a seat to the vast majority of Ulgorian government officials except the palace of the meta-king, which was moved for security reasons to the nearby volcanic mountain range Xoa°Hu in 3501 Tu.

Ul City has only 29,550,000 inhabitants, far from being the largest centropolis in Coraabia. But its advanced economy and high concetration of heavy industry definitely makes it one of the richest ones on a per capita basis.